It is just a week since we sailed out of Bombay harbor. We crossed the bar after midnight, as the tide delayed us, and anchored inside till this morning. The sixty mile voyage up the Shatt el-Arab was exceedingly picturesque and interesting, affording us our first glimpses of Babylonia; though not of any portion of it containing ancient ruins, for this stretch did not exist in ancient times, but has been accumulated by the river since then. The entire stretch of sixty miles is one vast palm plantation. An ocean of palm tops seemed to stretch to the horizon on both sides sometimes, though at first we could see the desert behind. These millions of palms furnish enormous quantities of dates, a very valuable food resource. 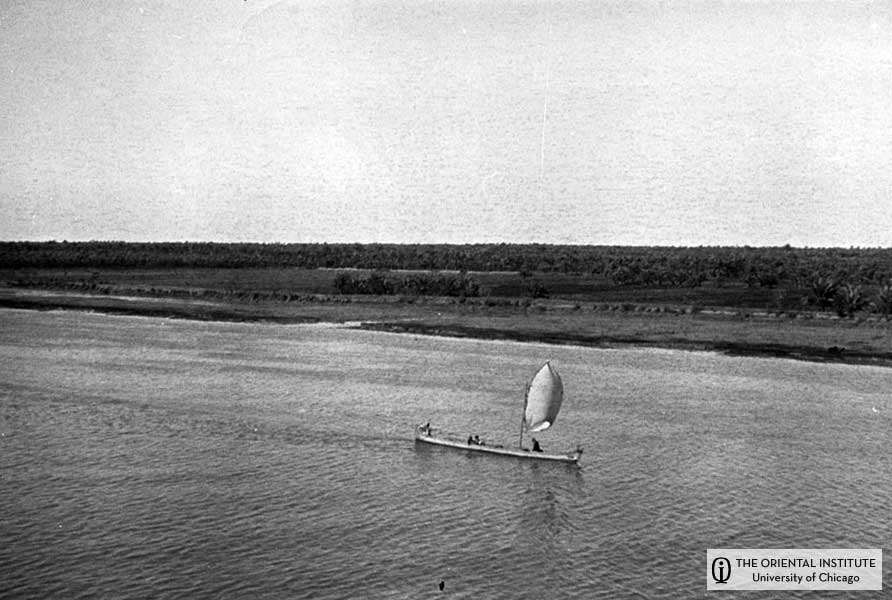 While there were some villages of mud brick huts, there were dwellings scattered at short intervals all the way from the Gulf to Bosra. Every hundred yards there was an irrigation trench leading back among the palms, alternating with larger ditches and occasionally a considerable canal, while several times these proved to be stately branches of the river, up which we could look into a picturesque vista for perhaps a mile or more, with numerous wing-and-wing sails as on the Nile. The Shatt el-Arab is an impressive river, at times displaying an imposing width and volume. The water is very dirty, of a pale fawn color. Fishermen in small boats drop in their hooks at favorable points, and here and there long lines of wooden floats showed where they were drawing in large nets. There are many sail-boats, not very different from those of the Nile, but the smaller feluccas are long and narrow and turned up at both ends like the kaiks of Constantinople or Venetian gondolas. 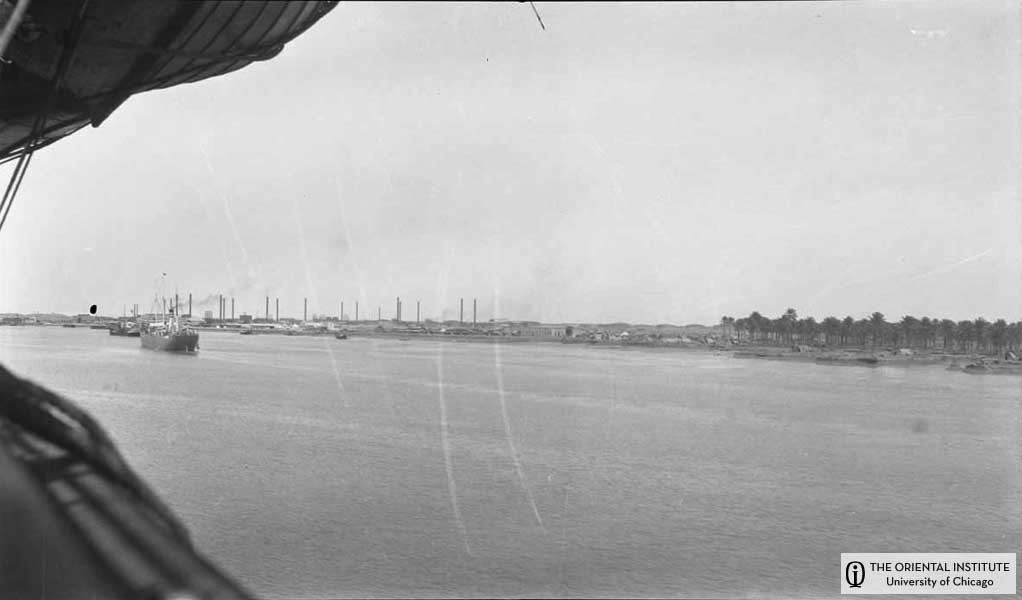 At Abadan we passed the huge tanks of the Anglo-Persian Oil Company, with their docks and far-reaching works, at the point where their pipe lines come down from the Persian mountains. A little further up, at the junction of the Shatt el-Arab with a fine broad branch, is Muhammera, where the Oil Company have their offices. The Sheikh of Muhammera (see the map) has long been a protegé of the English, and their arrangements with him would have cut the Germans off from reaching the Persian Gulf with the Baghdad railway. The water front is much finer than that of Bosra, which we reached about 4 P.M. The chief Engineer showed me a photo he made in 1916, showing his ship tied up to palm trees, just where we are now moored to one of an extensive series of docks. Bosra is a vast military camp extending for four miles along the Shatt el-Arab, with shipping, native and English, stretching practically the whole distance in mid-stream or along the docks. We are three miles from the post and the hotel. 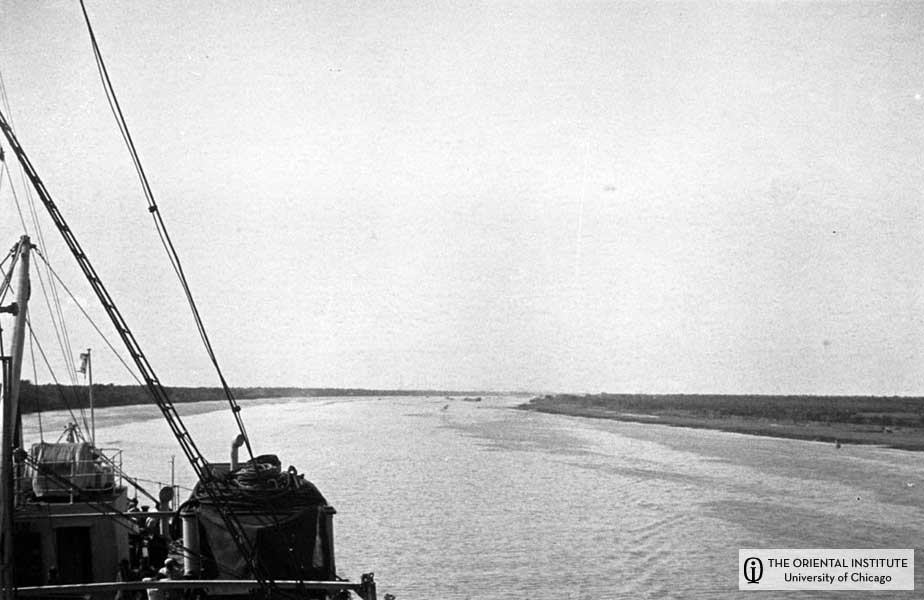 My wires to Major-General Hambro missed fire, or we failed to connect up for some reason. There was no message for me at the dock and the military authorities had not been told about us. It was too late to reach him by wire, as the telegraph closes at five, and there was no conveyance for reaching the hotel. The captain is letting us sleep on board and feeding us too; so we are quite comfortable, — more so than if we were at the so-called hotel. The custom officials came on board and I met one of them on the dock, but as soon as he saw my letters, he said we could land without further examination. In the morning I am hoping I shall find a letter at the American consulate from General Hambro. In any case we shall be able to make a start in our preparations for the caravan journey to Baghdad. Clay is only a week ahead of us as he was not able to get transportation from Bombay as early as we did. I do not see how he can do much alone.

We are getting out our khaki outfits and regard ourselves as really out on the first lap of the Western Asiatic campaign. A good night’s sleep will be very useful at this juncture, and I think I will make for one now and mail you this in the morning. Don’t forget the old pater, who feels so far away. Kiss the children big and little, for their father.