I spent all yesterday morning in arranging our return passage to Egypt, or at least getting the arrangements started, so that they can receive General Hambro’s O.K. I also drove around to three different Post Offices, the last being the office of the Director of Postal Service for all Mesopotamia, an English Officer named Major Clerici, who was very courteous and obliging, and has cabled to Cairo, and everywhere else where my letters might be lurking. The Consulate has just sent in another letter for Edgerton. Everybody in the expedition has received a sheaf of home letters, while only I am left out. Curious perversity of things, isn’t it?

The general left Tuesday night for an important inspection across the Persian frontier, and returned this (Thursday) morning. He left instructions with his chief of staff to take Luckenbill and me out to Ctesiphon in his big Vauxhall car, which is much more comfortable than the Fords we have made most of our jaunts in. The boys followed in a Ford. Ctesiphon lies on the same bank of the Tigris as Baghdad, 25 miles down the river. 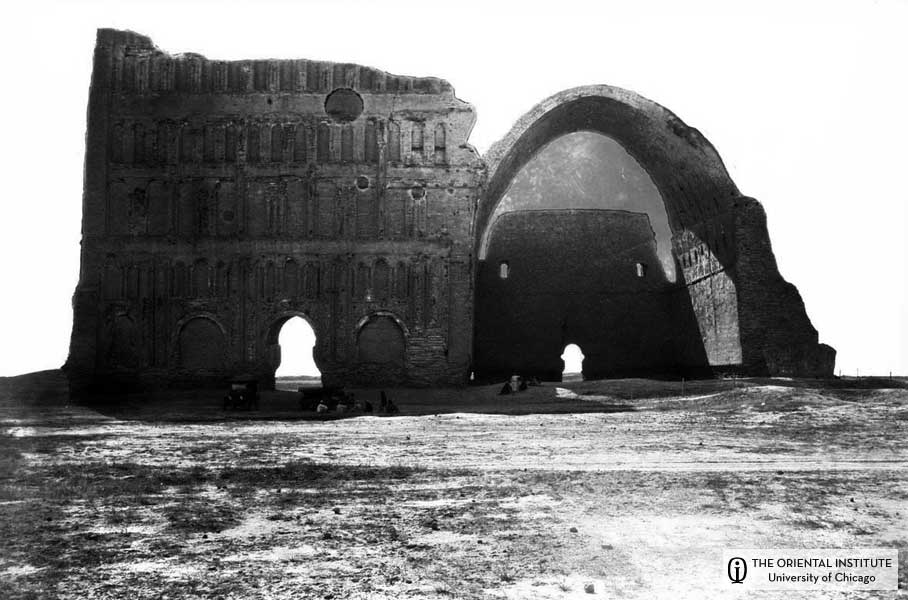 Ctesiphon: The Palace of Shapur I. View of façade facing east. Originally the arch separated a left and right wing, but in 1888 the right wing collapsed leaving the left in place but leaning. (N. 2997, P. 6556) 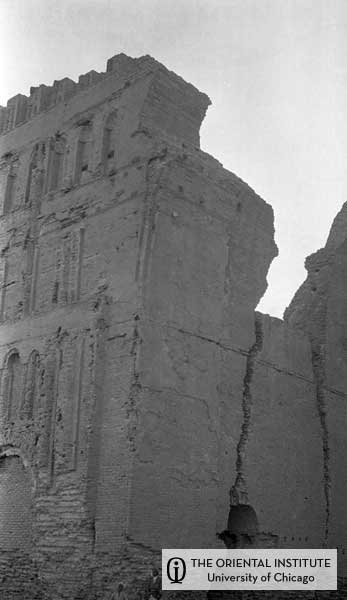 It was the residence city of the New Persian Kings, built by them after their sudden and remarkable rise to power soon after the overthrow of the Parthians in the Third Century A.D. Besides the line of city walls and the few mounds within them, all that survives is a scanty portion of the great White Palace,—a marvellous building of burned brick. The vast Throne Room, crowned by a gigantic arched roof, the greatest arch in Asia today, is still a most impressive building. I am a fairly hardened observer of great buildings, but I found this magnificent hall simply overwhelming. Crawling along under this colossal crown of arching masonry, one’s own pygmy figure seemed like some contemptible little insect, gazing up at the sky! I wish I could describe it to you. You will find a chapter head-piece in Ancient Times toward the end of the book with a short description of the place in the foot-note below. It is a great gratification to see it, and to be convinced by the evidence of one’s own incredulous eyes, that this vast over-arching roof was swung out over the colossal void, without any wooden centering supporting the masonry, till it had been keyed into place, as our western builders are always obliged to do. As if it floated buoyantly on the atmosphere, the gigantic arch crept on and out over the enormous hall, and under it only the great void, until the whole was covered, and when the builder had accomplished this miracle, he had created what, in spite of its wrecked condition, remains the most imposing interior without columns, now standing anywhere on earth. Nothing in the way of a vaulted interior achieved by later architecture can compare with this vast palace hall, in spite of the fact that so little of it remains.