I suppose a letter from you may have gone to Baghdad and chased me about without catching me, for it seems a long time indeed since I have seen a word from the boy, — six months at least! And now your graduation high jinks are all over and you are having a good rest after the busy last year in college. I shall want to hear all about it and I shall never cease to regret that I could not have been there to see you having your last frolics in college, especially in the plays. Your mother sent me some preliminary announcements which I read with the greatest interest.

This is a lonely Sunday in London, I can assure you, — the more so because I ought to be some two days at sea on the homeward voyage. However, that will not now make such a nig difference as it seems to do, for when I do embark I shall be a week nearer home than if I were sailing from Naples. I shall not be able to do anything about my passage until tomorrow, but you will have received a cable long before this, giving you the ship and date. I cabled you from Plymouth “Amber London”, which I hope you received promptly.

I came up yesterday on a fast train from Plymouth with Lady Allenby and Mrs. Morrice (I have been spelling her name wrong). We left at 11:00 A.M., had lunch on the train and a pleasant ride out through the Devonshire hills past Exeter Cathedral to Paddington Station, where I left the ladies and came over with Ali to this swell hotel. 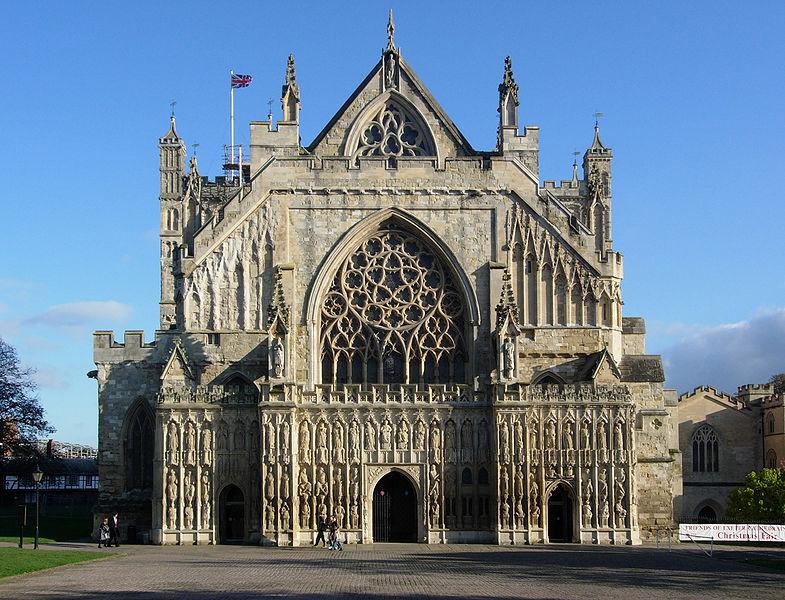 When I went to the desk to see about my room the clerk said, Lord Curzon had engaged a suite for me; so here I sit in a large and comfortable sitting room, luxuriously furnished and fitted, while connected with it are an entrance hall with coat closet, large bedroom and bathroom. No instructions were left as to who would pay the bill, which is six guineas (nearly $30.00) a day for the rooms alone! I thought at first that I would make a change, but there was nothing else vacant yesterday, and after I had succeeded in finding a room and bath this morning, I finally thought better of it and decided to stay where I was. Of course I cannot put a charge like that into my expense account for the University of Chicago, but Curzon’s secretary knew that Lord Allenby had asked them to pay any additional expense caused by my visit to London, and so I have concluded the responsibility for this hotel bill is on His Majesty’s Government

I found a letter here from Curzon’s secretary last night saying that I am expected at the Foreign Office on Tuesday afternoon, the 19th June. I have a lot of writing I ought to do, but I was feeling awfully seedy, so I got a ticket at the Oxford Theater, thinking to see an English play, and to my disgust it was a modern American affair, “The Man who Came Back”. You probably know the thing. I find I am dead tired, so I slept late and did not breakfast till eleven. There was no room in the hotel for Ali, so he rolled up in his blanket and slept on the floor in the entrance hall. Today I have got a room for him.

This afternoon I took him out for a walk along the Embankment and showed him Waterloo bridge and the obelisk, still show[ing] splatters from sky bombs. Indeed the bases of the big bronze lions around the base of the monument, are deeply scarred and disfigured by bomb explosions. Ali was greatly interested and when I showed him the Parliament Houses and told him they were the seat of government, he said, “You mean the house of the Sultan”! Otherwise his reply is always: “Na’am (Yes)”.

Then we walked into famous Downing Street, and over to dingy No. 10, which has been the office of the Prime Minister ever since the Eighteenth Dynasty. I rang the bell though it was Sunday, and handed to the porter a letter I had written to the Prime Minister, containing also one from Lord Allenby, and the porter assured me it would be received at once by the Secretary, who was expected back at his desk this afternoon. We strolled on up to Trafalgar Square, where I went in to the National Gallery for half an hour, taking Ali along. I made no effort to explain to him what it was all about, and he stared in amazement. I found the greatest pleasure in looking at the Turners. His aerial deeps are miracles of painting which no one else has ever approached and I think Ruskin is not extravagant in extolling him as he does.

I find I am quite alone in London. Gardiner left yesterday for Switzerland, and will not return till next September; everybody else I know I telephoned to, and found only a butler or maid with the same story everytime, — off for the week’s end! Except Sir Herbert Thompson, who seems to have no telephone, but he lives so far over in the West End that I did not risk a call, but concluded he had gone to the country with the rest.

It is evident my seediness is not weariness alone. My head is hot and full and dizzy by spells, and I am inclined to think I got a dose of malaria in Western Asia; for I was bitten badly by mosquitoes in two malarial areas in spite of all I could do. I’ll have a quinine orgy if it goes on this way. The dingy sky of London doesn’t help one much. I have seen the sun but a few minutes since I landed in England, and I go out now with the inevitable rain-coat every time, and also with that exceedingly convenient folding umbrella which your mother gave me.