Here I sit in a freight car, where I slept last night on a field bed, and behind me looming high against the setting sun, is the temple tower of Ur of the Chaldees, the traditional home of Abraham. It is something less than four miles away. And when we had arrived yesterday morning it required only a little manipulation of the official wires to produce two Ford vans, and we were presently rolling away across the desert at twenty miles an hour. Behind us was Ur Junction! Ur Junction! What do you think Abraham would say to that! 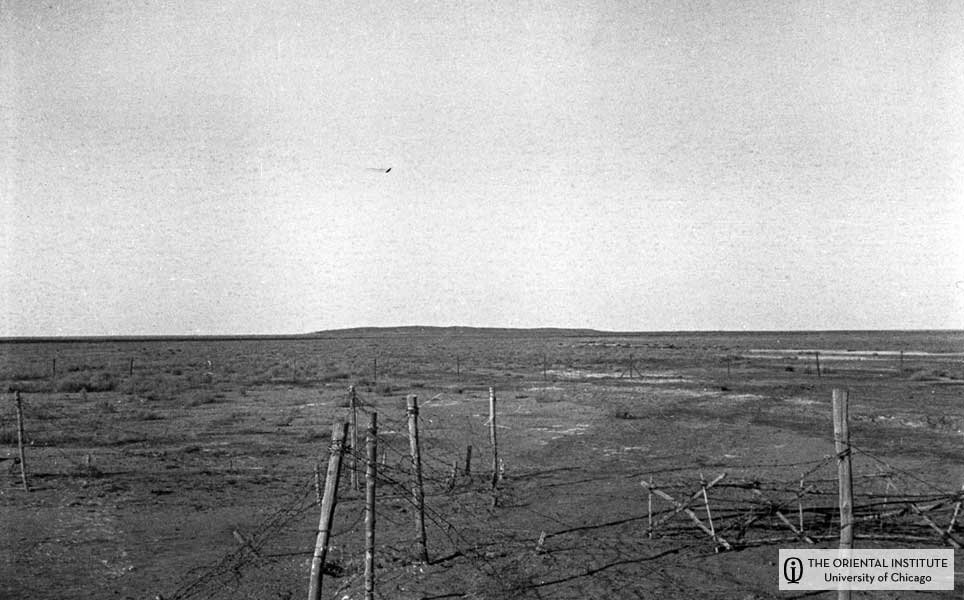 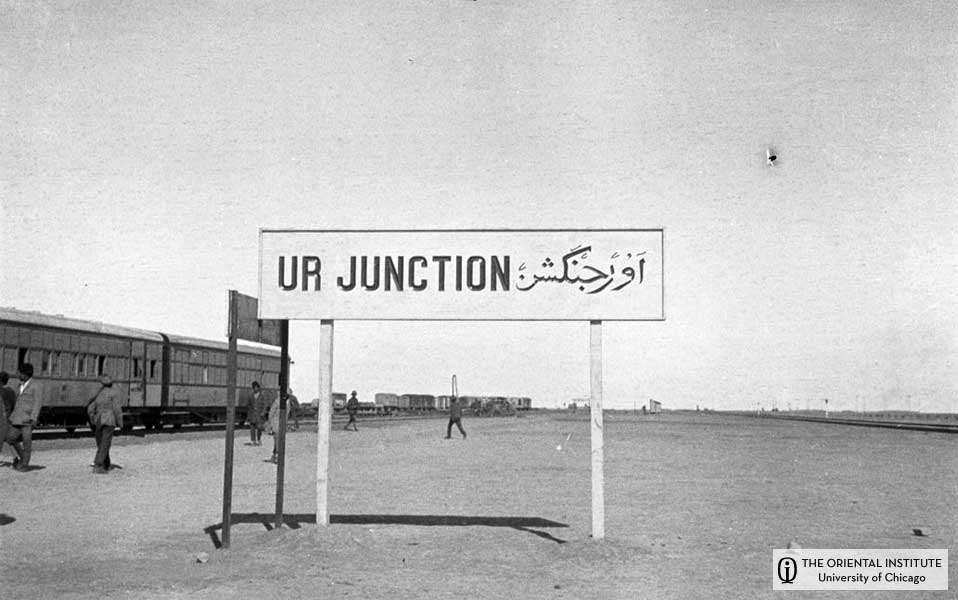 Ur Junction: Bilingual sign at a railroad station. The Arabic is a transliteration of the English. The ancient city is several miles away, approximately in line with the nearest railroad car, on the left. March 17, 1920. (N. 44605, P. 65833) 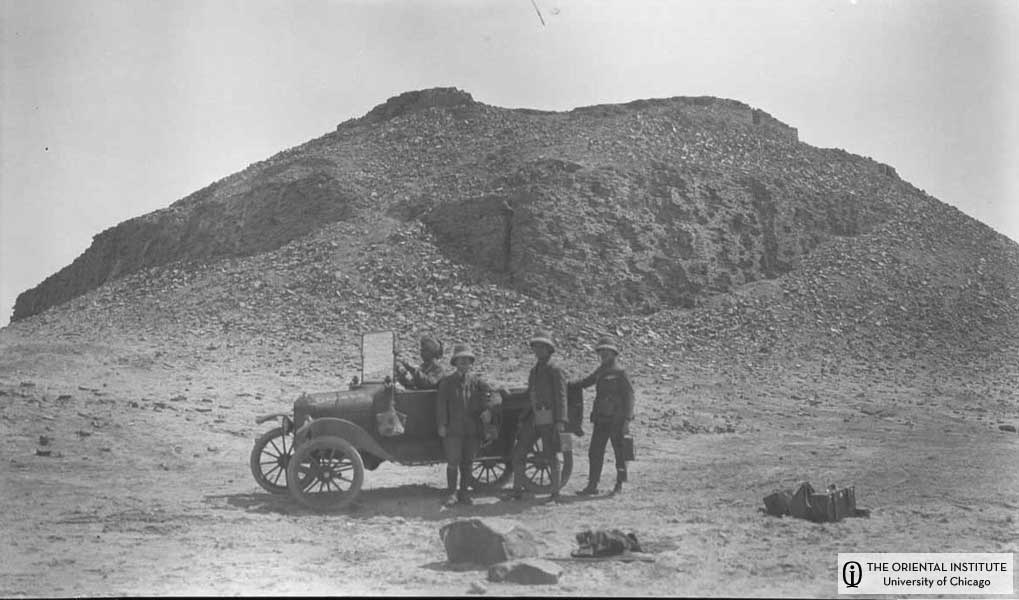 Al-Mugaiyar (ancient Ur): The west corner of the ziqqurat along the northwest side; Messrs. Bull and Shelton, and Prof. Breasted in the foreground. (N. 3466, P. 7026)

It consists of a group of tents, a mess house, and a row of quarters for the officers of the army in charge, a post office, and three tents in a row serving as a railroad restaurant where we had breakfast immediately on leaving the train. It lies on the main line from Basrah to Baghdad—the main line along which the first train passed not long before our arrival, and which we are the first archaeological expedition to use. There is a little branch line running up to Nasiriyeh and hence the sounding name, Ur Junction.

As we left it we had just before us in the morning sun, the ruins of our first Babylonian city. It consists chiefly of the temple tower of the Moon-God of ancient Ur, and the adjoining larger buildings, like the palace of the ruler and the administrative buildings. These form a nucleus at one end, beyond which low mounds mark the houses of the unpretentious town. There is none of the architectural grandeur of the Egyptian buildings with their vast stone superstructures and imposing colonnades. There was little or no stone in ancient Babylonia, and everything had to be built of brick, burned or unburned. Nevertheless, I found it very impressive to be standing in the first ancient Babylonian city I had ever visited, with the bricks of the temple tower lying all about, marked with the name of Nabonidus, the father of Daniel’s Belshazzar, and the older lower course of the tower displaying bricks bearing the titulary of Urengur, who lived in the 24th or 25th century B.C., almost 2000 years before Nabonidus. We have made full photographic records of the place, the large camera being operated by Luckenbill, and architectural summary of buildings and details, which are made by J.H.B. The boys, Bull, Edgerton and Shelton, are of the greatest assistance in the practical jobs connected with the living arrangements, and in the making and keeping of records, from which they gain much profit and experience. I cannot but think how useful our big boy would be under these circumstances, from the delay this morning, when one of our Ford vans got a puncture, to the pacing off and tracing of the ground plans of buildings, and recording observations of the preserved superstructures. His mapping experience would be invaluable to us here. 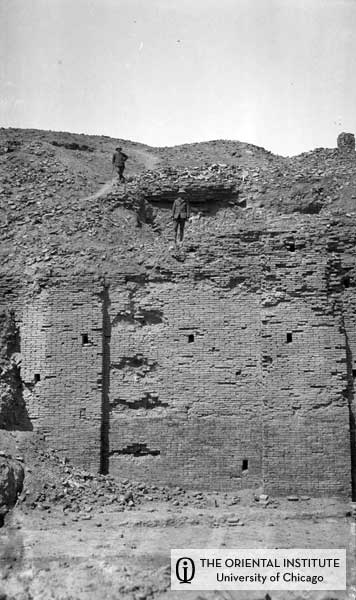 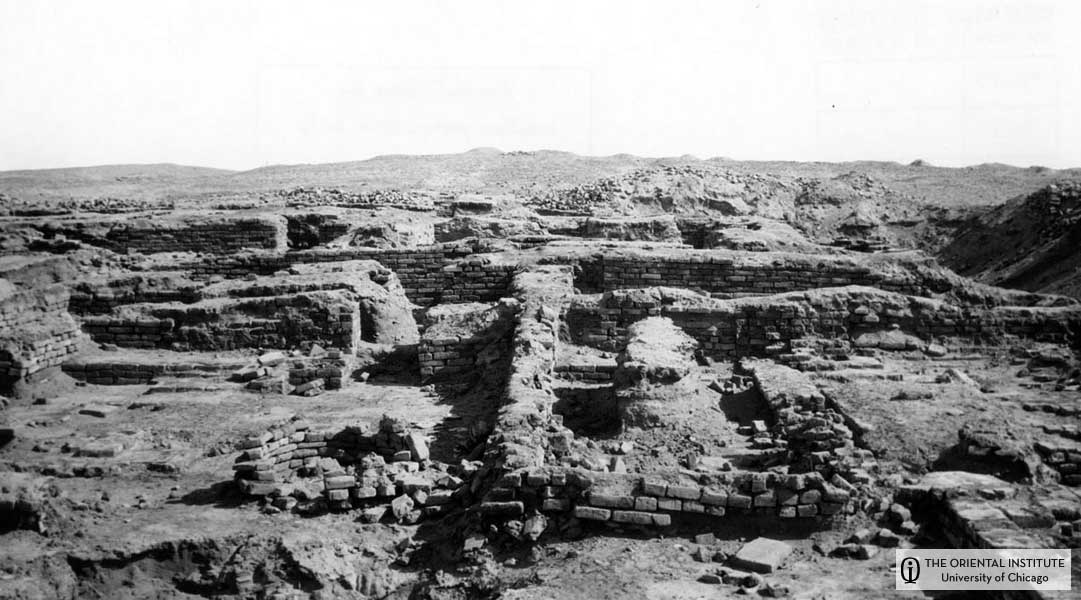 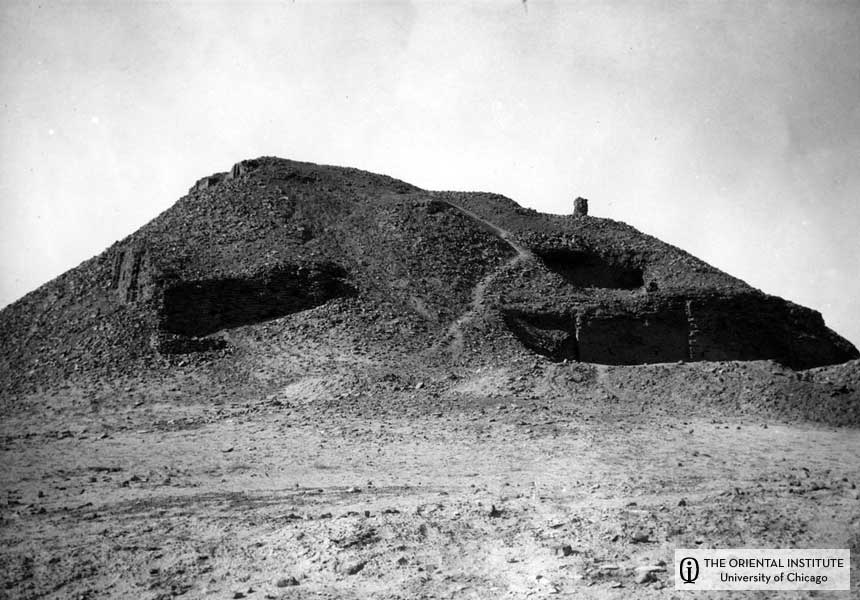 Last night as we pulled in at Ur Junction again, on our return from the ruins, I found a flat car standing on the siding, bearing an additional van sent 120 miles up the line by the kindness of General Nepean — that is, all the way from Basrah to Ur Junction, especially for our use. That is the way they are treating us here in Babylonia.

This morning in the restaurant tent, I found a young Captain Barkley, Political Officer at Shatra. He had an entire Red Cross ambulance car at his disposal and was just going up to Nasiriyeh. He said he would take up our entire outfit for us, and keep it at Nasiriyeh until we returned from today’s trip to Abu Shahrein (ancient Eridu). We got our vans together, but were too late in getting our stuff over to his car, and missed the train. We had spent the night in the van, suffering from bitter cold, in spite of blankets, just as we used to do in the Sudan. So we returned to our freight car, stowed our stuff away again, and left for the 16 mile ride across the desert in our Ford vans to ancient Eridu, once the seaport of Ur and now some 175 miles from the Persian Gulf. 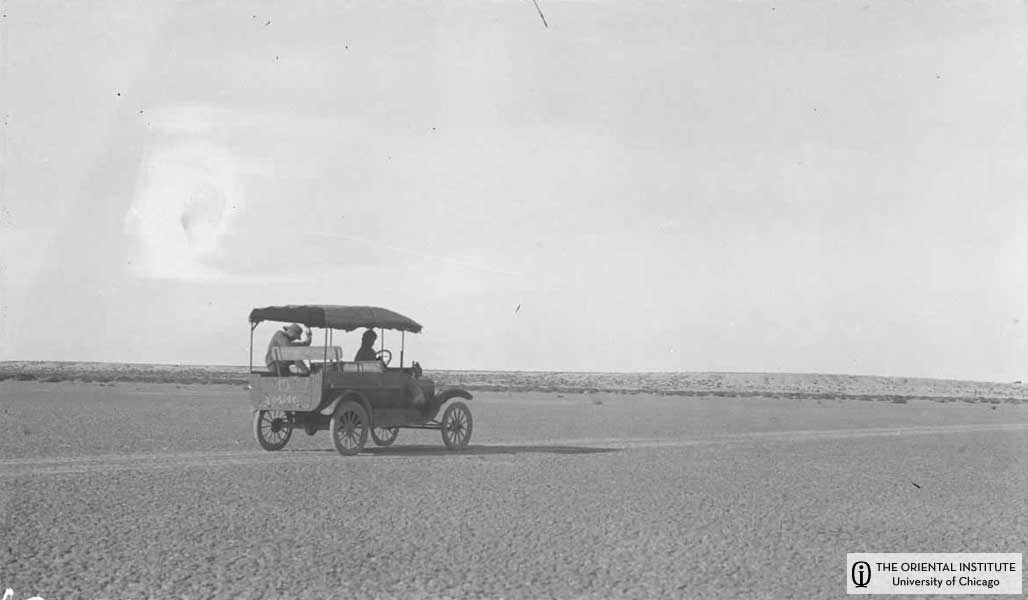 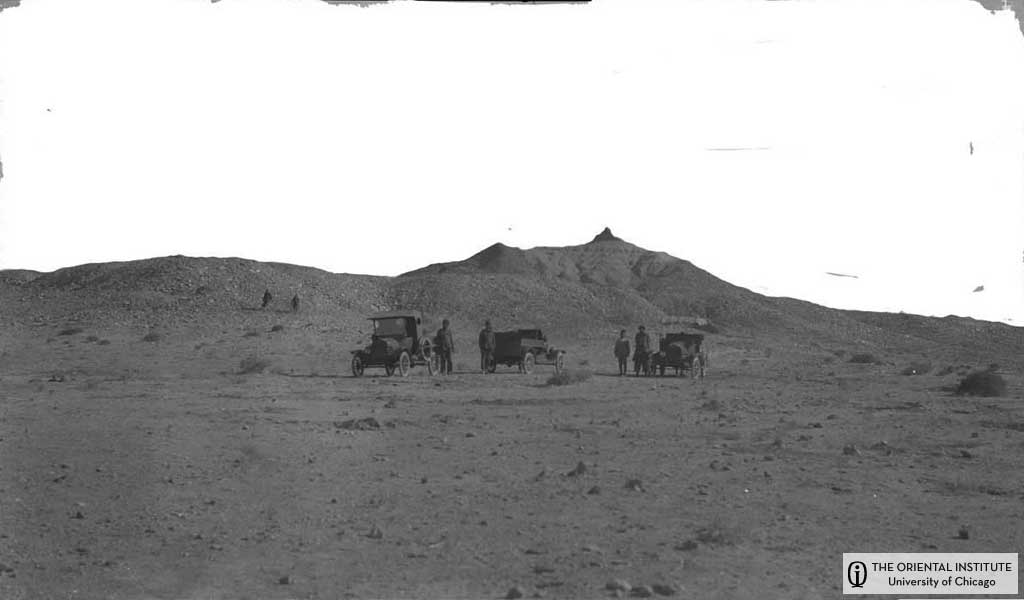 Abu Shahrain (ancient Eridu): A view of the mound from the north; the automobile caravan of the Oriental Institute is in the foreground; temple tower and ruins of ancient Eridu, Lower Babylonia, the so-called Port of Ur. (N. 3475, P. 7035) 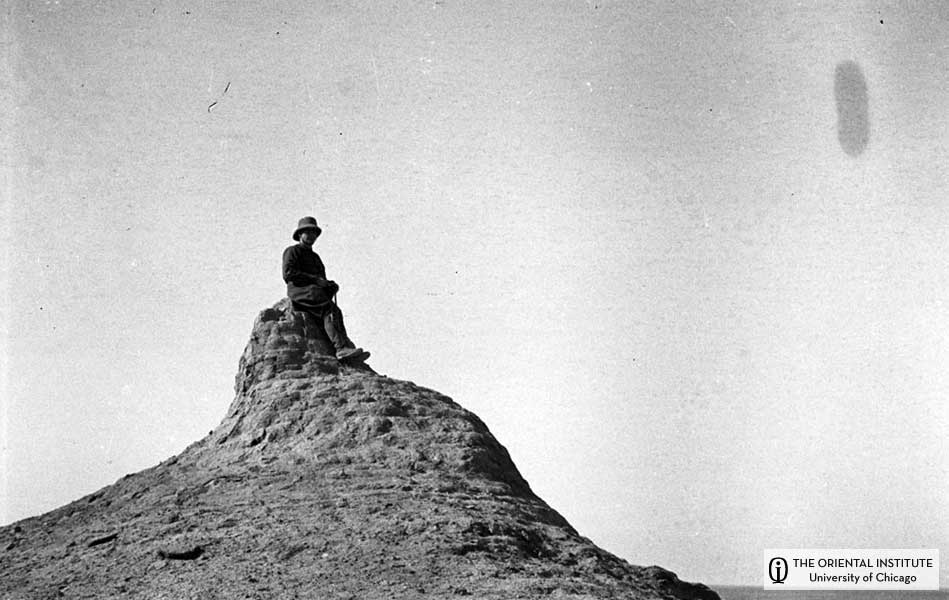 I must tell you about all that later, and get ready for our train to Nasiriyeh.