It is nearly noon and we have just debarked from the Baghdad train, the slow mixed train, the only one there is. It is something over 180 miles from Baghdad to Shergat and we have been since yesterday at five p.m. in the train. The rolling stock on these new “Mesopotamian Railways”, as they are officially called, is entirely East Indian, having been brought over during the war from India. We had a compartment with six berths. They are simply broad seats, — the lower berths — and the upper ones are shelves of the same width, let down from the side at about the height of a man, and suspended by heavy chains. One brings his own bedding and can make himself surprisingly comfortable. The road-bed is very rough and it takes some time to forget the jolts and the noise, — not for Luckenbill, however, who drops off sound asleep and snores blissfully in five minutes.

This morning one could at once feel the difference in the air. We had passed out of the dead level of the parched Babylonian plain at only a hundred feet above the sea, and had risen to the upland north of the prehistoric shores of the Persian Gulf. The air was fresh, keen and invigorating. As we looked out of the windows the alluvial river plain south of Shergat, was rapidly giving way to rolling upland. 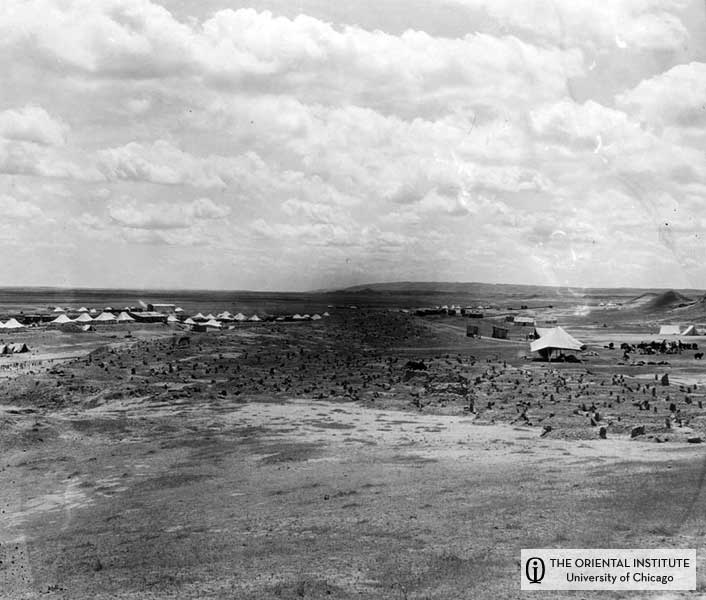 All was clothed in pale green, a mantle of luxurious steppe grass several inches high, but not growing thickly. It was very different from the dusty levels of the Babylonian plain, especially as there has been very little rain in Babylonia this winter. We passed through one area where the depressions were filled with water, frequent pools were visible, the soil was everywhere water-soaked, and it was evident that it had rained within a few hours, although we have almost passed out of the rainy season at this date. Elsewhere there was plentiful dew, and the dewy odor of the morning was to me an intense pleasure, recalling a thousand old associations.

In the east we had quite near, the westernmost ridge of the hills parallel with the mountains of Persia, the Zagros range, extending in a northwest-southeast line. Our line was soon running through undulating hills, and the eastern ridge had almost the stateliness of mountains. We could see the Tigris at intervals between us and the eastern highlands, from which a long spur stretching northwest, was presently to throw itself directly across the course of the river. Long long ago the river cut through the northwestern reach of this spur, leaving the elevated tip as an isolated height on the west side of the stream. On the summit of this elevation the men of Assur built their stronghold some 5000 years ago, nearly 3000 B.C. From this town of Assur, the earliest home of the Assyrians, a kind of Rome of the early Orient, the Assyrians took their name, and from here they spread eventually to dominate the whole Near East. It was to me a fascinating experience to see it all for the first time. 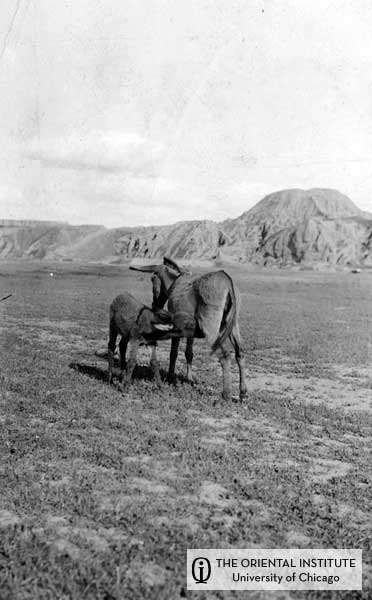 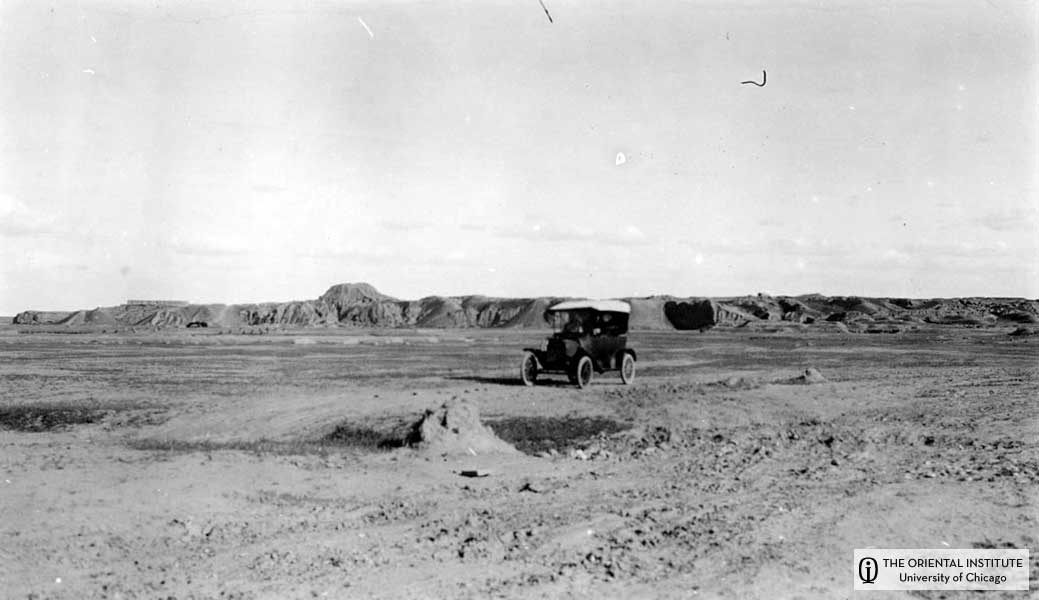 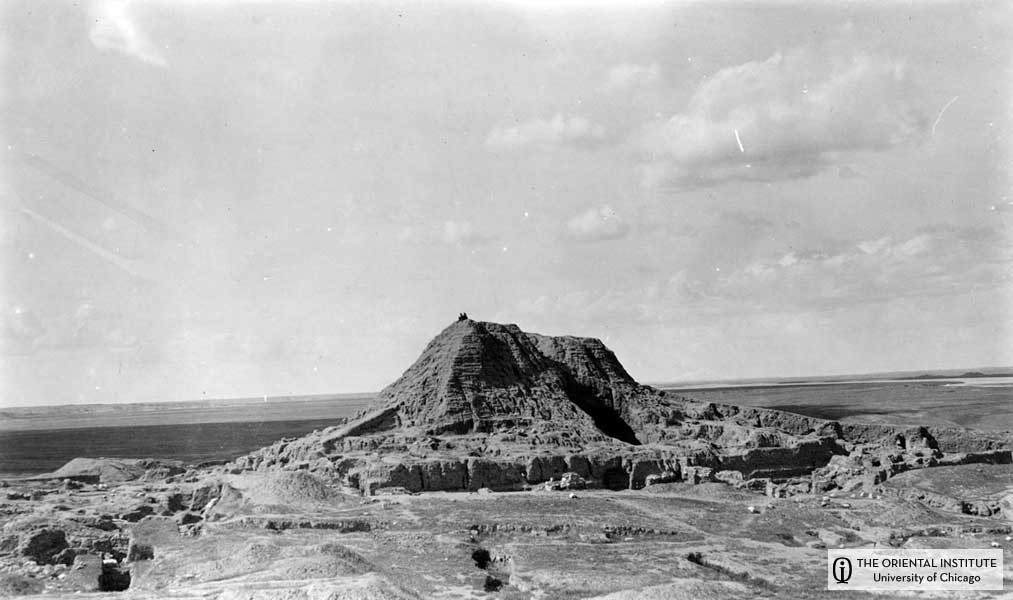 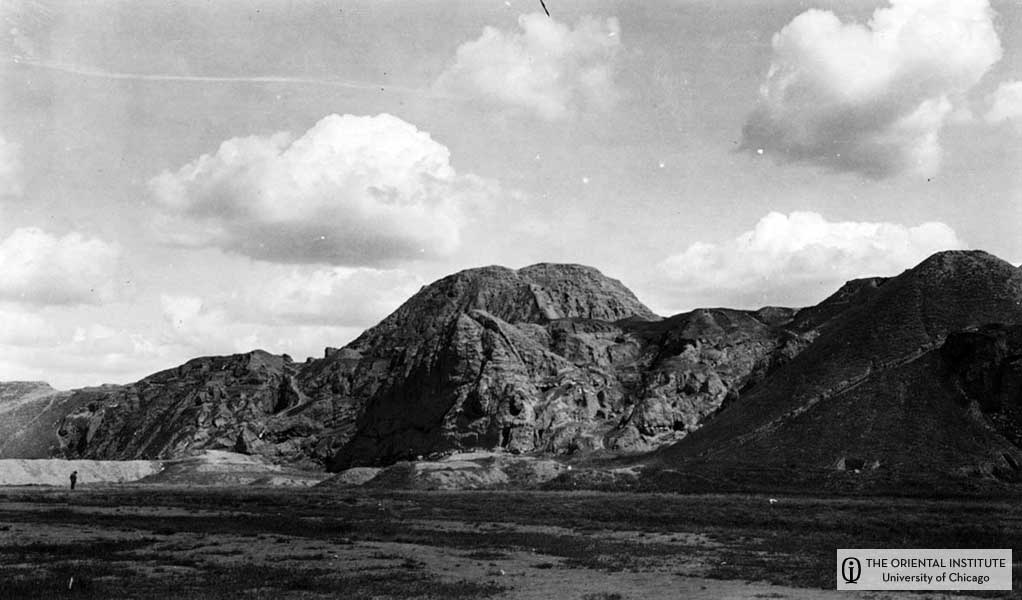 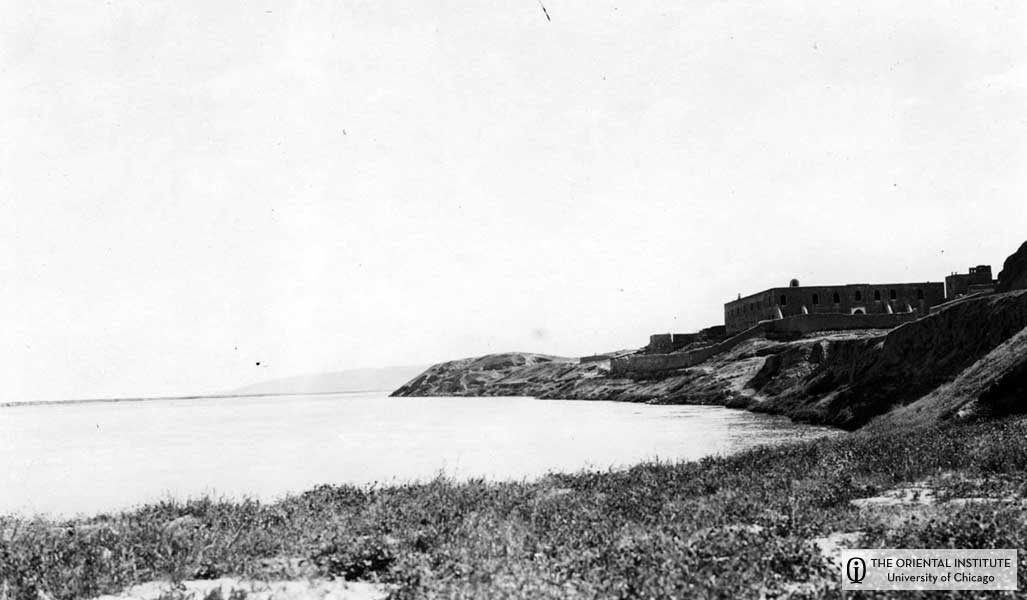 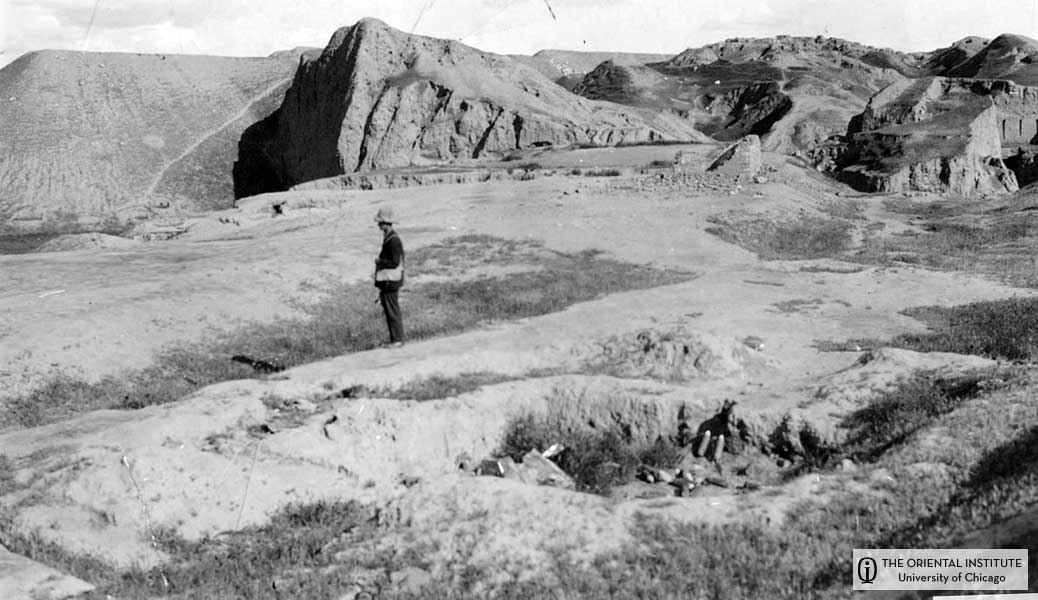 The hills all around are cut by wadis in which the erosion has laid bare the limestone rock underlying this plateau which stretches between the mountains of the north and the alluvial plain of Babylonia. The hill-tops are grown with a pale green mantle of steppe grass, starred with beautiful flowers, blue, white, yellow and red, especially the vivid red of the wonderful anemones which nod to one from the hill-tops or often from the numerous crannies in the scarred walls of the wadis. Winding slowly about among these billowing hills, the indolent train suddenly swung around a headland, a bold hill, and disclosed to us the ruins of the first Assyrian capital, overhanging the river and crowning the heights which command a wide region round about.

On handing in my papers here at the military headquarters, I find that the telegraphic orders for our transportation to Mosul, two vans and two touring cars, had not arrived until this morning and only a single touring car was available. A colonel on a tour of inspection from General Headquarters, also without any transportation, tried hard to get possession of this car, but I stood on my rights as determined by my papers, and he backed out. We shall spend the night in this camp, where our beds are already set up in two large tents, and as lunch is not ready, I take advantage of a few minutes to jiggle off a little story of our doings. Now I will tuck the type-writer away and rest a bit before lunch.