Such a wonderful day at Nineveh! The following is a quotation from my journal: “The prospect northward from this high palace area of Sennacherib and Assurbanipal reminds one very much of the view in Lombardy from Turin to the encompassing ranges of snow-covered Alps. The Persian mountains rise on north and east, purple and blue in the hazy distance, and above the gaunt arrêtes the gleaming snow peaks march in imposing procession among the slow summer clouds. A situation of imposing grandeur for the imperial city of the Assyrian conquerors!

I sit in the midst of a wide carpet of daisies under a blazing summer sun of scorching heat, but a cool south breeze plays across the flowers and must once have proven as refreshing to Sennacherib among the palms of his terraced gardens on this lofty palace platform, as it is to us on this very warm day of 1920 A.D. The vast platform must be at least 25 acres in extent, and waving fields of wheat cover probably much more than ten acres of its spacious area. It is perforated with frequent shafts made by the old-time so-called ‘excavators’, when excavation consisted solely of grubbing for museum exhibits. Some larger pits and a few wider trenches suggest similar if slightly larger enterprises. But all great Nineveh awaits systematic and long-continued investigation, like that at Assur. Below us stretch wide fields of grain and vegetables, extending from the palace platform far out to the distant walls of the city. This lower area once covered with dwellings, markets and bazaars, has evidently been cultivated for a long time, doubtless for centuries,—perhaps from the days when Xenophon saw the place a complete ruin, two centuries after the fall of the city in 606 B.C.” 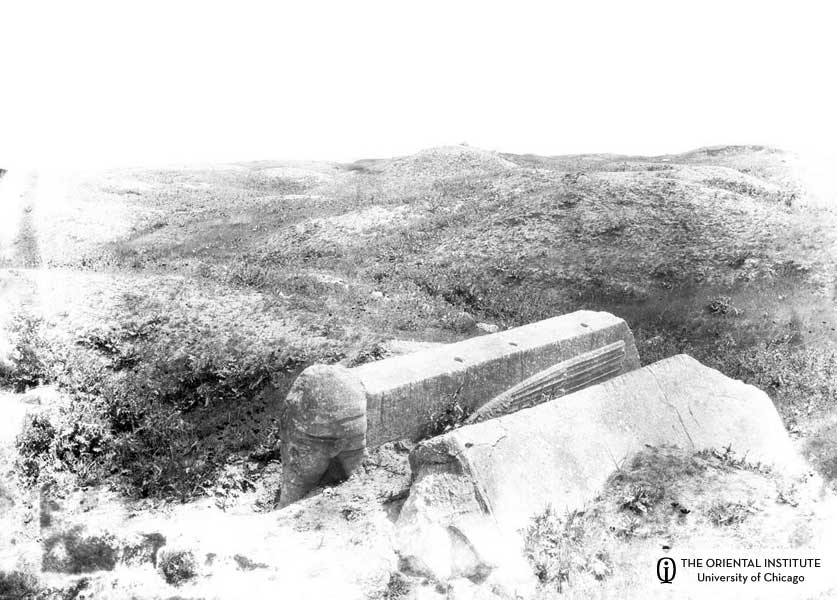 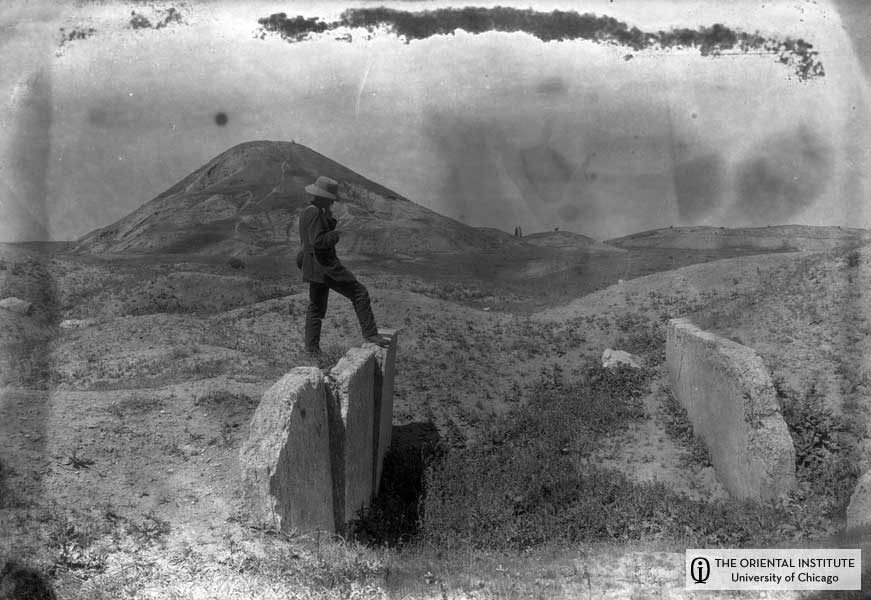 Nimrud (ancient Calah): The Palace of Ashurnasirpal III: A view looking north through the gallery which faced west. Site determined by slabs with inscriptions of Ashurnasirpal. Ziggurat in the background. April 16, 1920. (N. 3011, P. 6571) 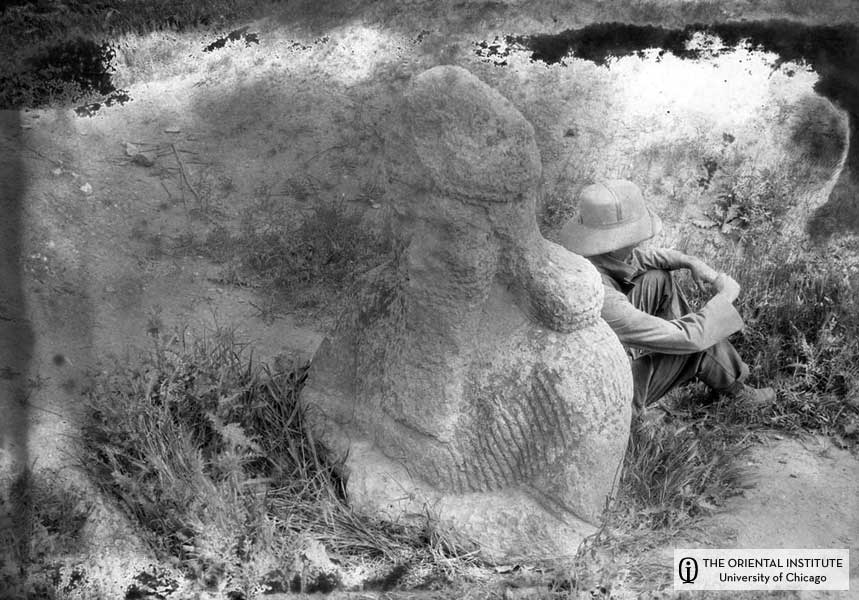 We later found many shallow shafts from which a tunnel had been pushed far under the ruins. Signs of recent digging were unmistakable as one explored these tunnels. We found the stone masonry substructure of the palace buildings which had been penetrated by several of these tunnels. It is evident that the natives are carrying on illicit digging in these passages. When will the English begin the proper study and investigation of this vast treasure-house of ancient Oriental life and history? Unfortunately the village of Nebi Yunus, together with a mosque and a rather extensive Moslem cemetery cover the southern palace platform, where Esarhaddon erected his palace, and will seriously interfere with, if not wholly prevent any proper investigation of this great and important portion of ancient Nineveh. But the northern platform, much more spacious, where Sennacherib and Assurbanipal had their palaces, is entirely open to excavation and might easily occupy a well equipped expedition for ten or fifteen years. Nineveh presents the greatest opportunity and the heaviest task confronting oriental research in Western Asia; but I fear the English have neither the men, the money nor the conception of the task necessary to carry it through successfully.